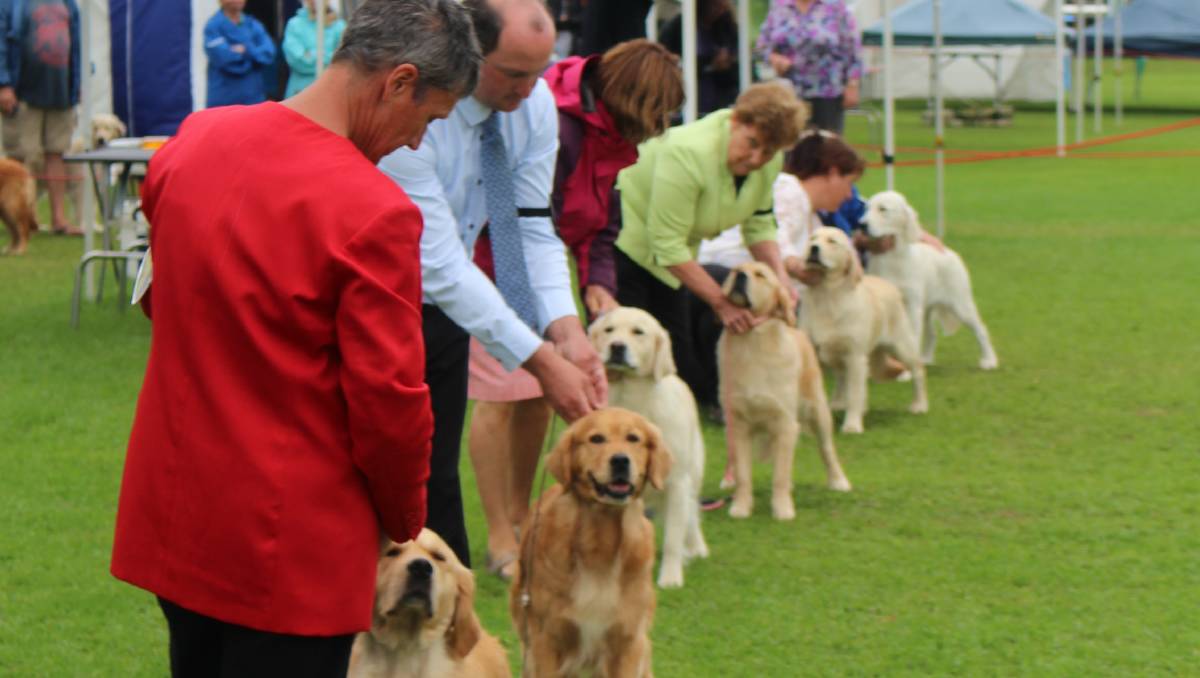 The Bega Valley Kennel and Obedience Club are delighted to host their annual dog show and obedience trials at Dickinson Oval, Bermagui this weekend.

Dogs judged at a show in Bermagui in past years.

The annual three-day championship dog show for all breeds will be held next Saturday, Sunday and Monday – February 5-7

Best of Breed, Best in Group and Best in Show judging will take place beginning at 8:00 a.m. each day, with obedience trials beginning at 6:30 p.m.

Later in the week, on Wednesday, February 9 at 6 p.m., the rally obedience competition will begin.

The club invites the public and dog owners to enjoy daytime and evening events promoting responsible pet ownership and leave feeling encouraged to get involved in canine sport.

The large open outdoor space and summer weather of this extraordinary venue overlooking Horseshoe Bay allows the club to safely host a dog show while adhering to current social distancing guidelines and public health regulations that will apply.

Bermagui’s Dickinson Oval has been set up for the annual dog show in previous years.

Over 200 dogs from across Australia are expected to be on display at Bermagui at the show.

The different judging categories will include breeds from Australia, Asia, Belgium, Scotland and England, France, North America, the Middle East and many more, including some rare and rarely seen in our country.

Dogs are judged on how well they conform to the breed standard recognized by the Australian National Kennel Club.

Each dog has a chance and winners progress through their classes from Best in Breed, Best in Group and culminating in Best in Show. Above all, dogs have fun, they enjoy going out and socializing.

Unlike the breed show, the obedience trials will see hundreds of dogs compete in trials that test the dog and handler in how they work together to negotiate a course of varying challenges, including walking heeling, recalling, retrieving, jumping, long stays and sitting, often at a distance and sometimes out of sight of the handler and under the direction of a judge.

Later in the same week, the very popular rally competition (obedience) will take place at the same place.

Over 100 dogs will compete in a different format of obedience trials. Rallying is a faster dog sport than traditional obedience and involves a series of stations each with a different task to complete. It again tests the ability and willingness of dog and handler to work together.

These events promise an exciting and insightful look into the world of dogs, showcasing the best breed standards and the amazing skills demonstrated in dog sports.

Are Facebook, Snapchat and Tiktok the ‘new eBay’ for endangered wildlife?