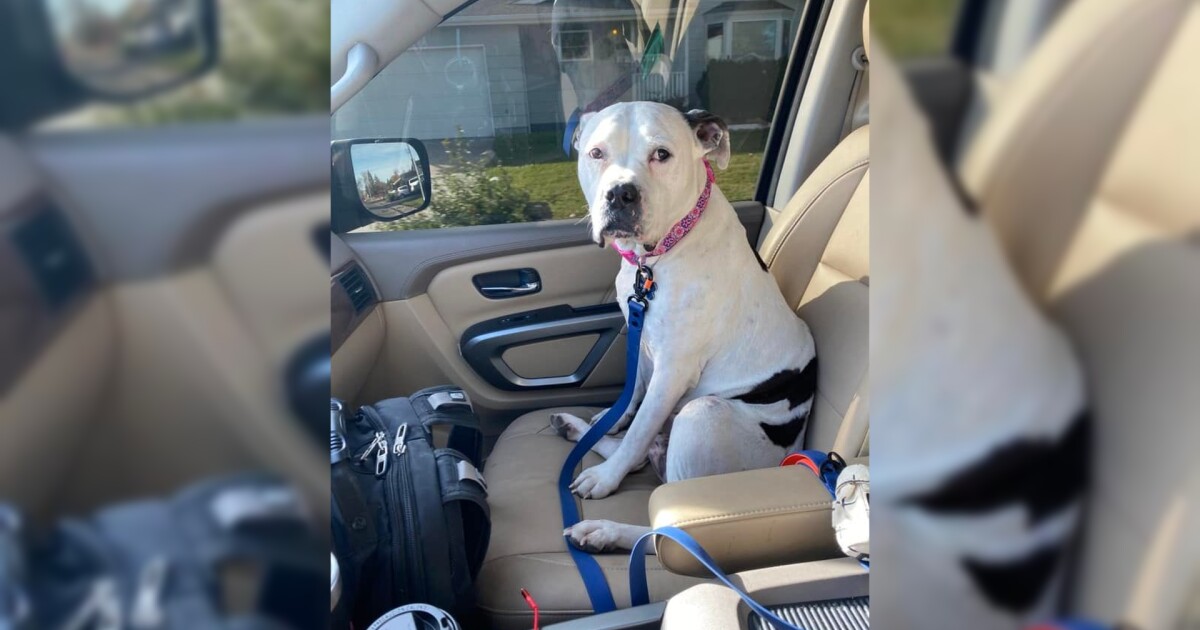 BILLINGS – A Billings family are searching for answers after their 6-year-old American boxer named Jessie was poisoned in their backyard near South 19th Street West last week.

“The scary thing is nobody knows what’s going on. It’s just weird. You don’t think it would happen to your dog, so it does,” Alek Laughridge, the Jessie’s owner.

Laughridge’s family adopted Jessie from the Yellowstone Valley Animal Shelter in October last year. The dog was a perfect fit for the family with two children and two other pugs, Laughridge said.

“She was the coolest dog. She was a truck dog. She loved getting in the passenger seat of the truck, she loved it. She loved going places,” Laughridge said.

The family noticed something was wrong last Monday, when Jessie was salivating a lot more than normal, Laughridge said.

“She came out of nowhere and was drooling really badly and she only does that if she wants food. For example, if she looks at you while you’re eating, she’ll drool, but it was just constant all the time. The next day it got worse. She didn’t really want to move much,” Laughridge said.

Jessie’s condition worsened over the next two days and she did not regain any energy.

Two visits to two different vets revealed that Jessie had somehow ingested rat poison, which paralyzed her nervous system. Within two days, the family made the difficult decision to put Jessie down. Now the answers are hard to come by.

“We went back there and looked everywhere trying to find something, and we couldn’t find anything. Then my pugs, they had no problem and they are food aggressive. Very food aggressive. food and she wasn’t like that. That’s the shocking thing is that she got it and they didn’t,” Laughridge said.

During this terrible ordeal, the Laughridge family heard of more recent animal poisonings in the neighborhood.

“A lady contacted her and told her that her son’s dog was at (South) 19th (West Street), someone had given him a bowl of antifreeze. The doctor told us that they had seen it’s walking around town before that lady even said anything. They’d sit there and slip a bowl of antifreeze under it and pull it out,” Laughridge said.

One piece of advice Laughridge wanted to offer is that pet owners should regularly check the perimeter of their yard for anything out of place.