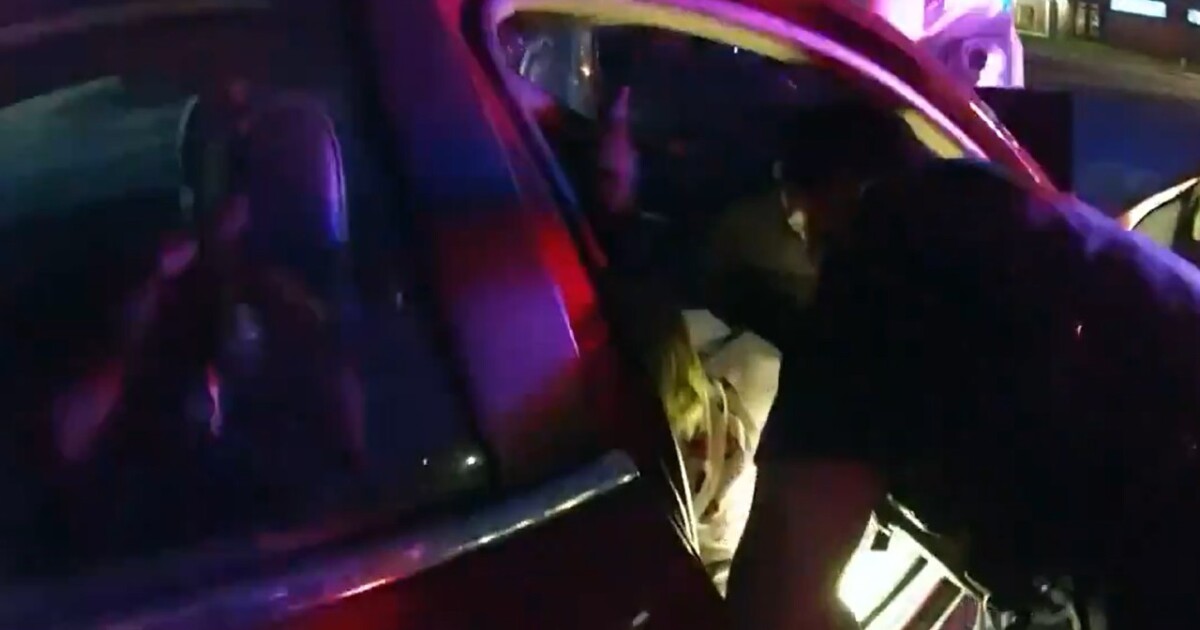 West Valley City Police Lt. Sean McCarthy said the driver was a 9-year-old girl and her 4-year-old sister was a passenger. The girls said they were going to California because they wanted to “swim in the ocean”.

“There is no track record for this … he is a motivated kid who, from what I understand, wanted to go swimming with dolphins in the ocean,” Detective Scott List of the department said. West Jordan Police Station. “To do what she did is awesome… scary but awesome.

Officers were able to conclude that the couple left the house around 3 a.m. for the car, it took them about an hour and a half to understand the basics of driving before heading out onto the open road.

“Around 4:30 am, that’s about the time they figured out how to drive the car and walked out of the driveway,” List said.

Shortly after 5 a.m., the children descended the exit ramp east of National Route 201 on Route 3200 West and headed straight for a large platform that attempted to enter the highway.

“The tractor-trailer driver reported that there were two children in the car and they looked very young,” McCarthy said. “Officers arrived here and discovered it was a 9-year-old female driver and her 4-year-old sister.”

After the collision, the semiconductor came out to check the condition of people in the vehicle that hit him, and at first he told police he couldn’t believe his eyes when he saw it. saw who was actually driving.

The girls had traveled about 10 miles from their home in western Jordan before the accident happened.

Even after the accident, the girls’ parents had no idea that their children had even left home. Police went to the family’s home and woke the parents to let them know what had happened.

None of the girls were seriously injured.