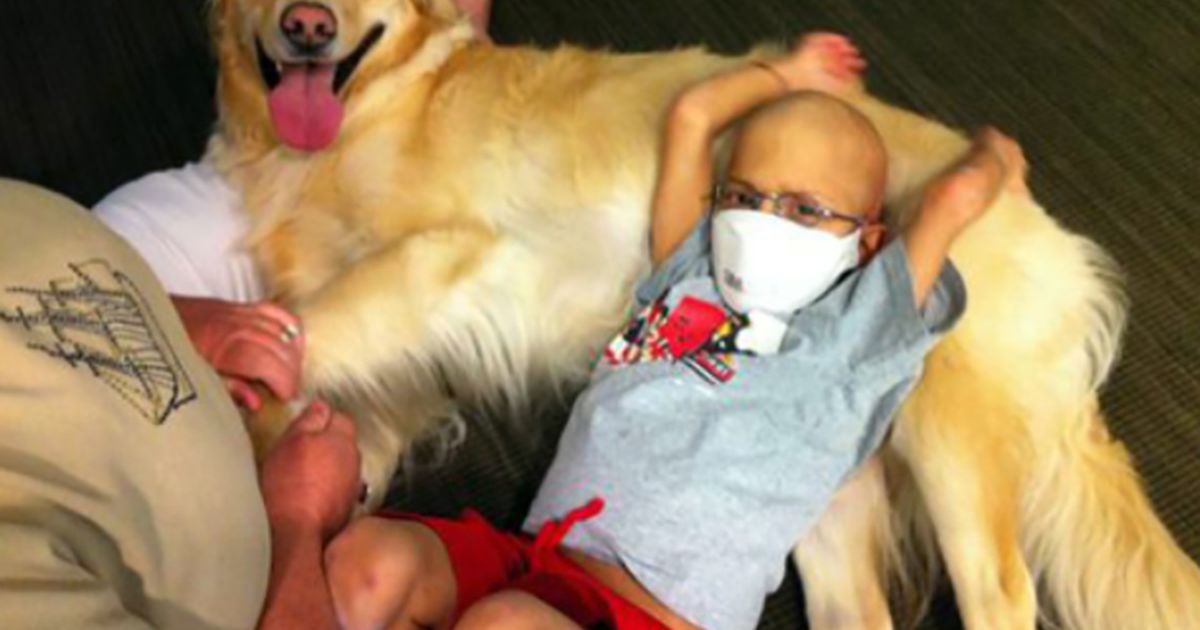 Kinsel said Casper’s schedule at Children’s started early in the morning around 7 a.m. for the shift change. Casper eagerly jumped out of the car and grabbed his leash from Kinsel’s hand. He started his day receiving warm hugs and pets from staff returning home from an evening shift. With his tail held high, Casper pranced down the hall to greet staff, patients and families. Casper’s tours led him to meet and comfort anxious young patients awaiting CT scans and MRIs. He also spent time recovering, greeting patients waking up from surgery with a hairy kiss and warm company by their side.

“Casper could get on a bed with a patient and look past their bandages, tubes, or wires. He loved them as they were,” Kinsel said in an email. “It meant that the patient, if only for a few minutes, could forget why he was in the hospital or at least put him at ease.”

Kinsel said one of his most treasured memories was the special bond between Casper and a patient, Creed Campbell, from Roswell.

“We were walking to see Casper, Creed was crawling under Lisa’s desk with Casper and the two of them were taking naps until it was time to go home. Creed would walk Casper to his car, get in the backseat with him, take off his bag and collar and give him a hug and a kiss,” she said.

Born prematurely, Creed spent his first 91 days in hospital, followed by countless hospital visits. He was diagnosed with monosomy 7, a chromosomal abnormality that affects the bone marrow and increases the risk of leukemia. After complications from a blood and marrow transplant, Creed was hospitalized for seven months. Creed died in April 2012. He was 7 years old.

“Casper knew Creed needed him and never failed to be what was expected of him. These stories go on and on and on, but at the end of the day, nothing made Creed smile like Casper,” her mother said.

Can all dogs swim? How To Tell If Your Dog Is Ready For Water | Way of life