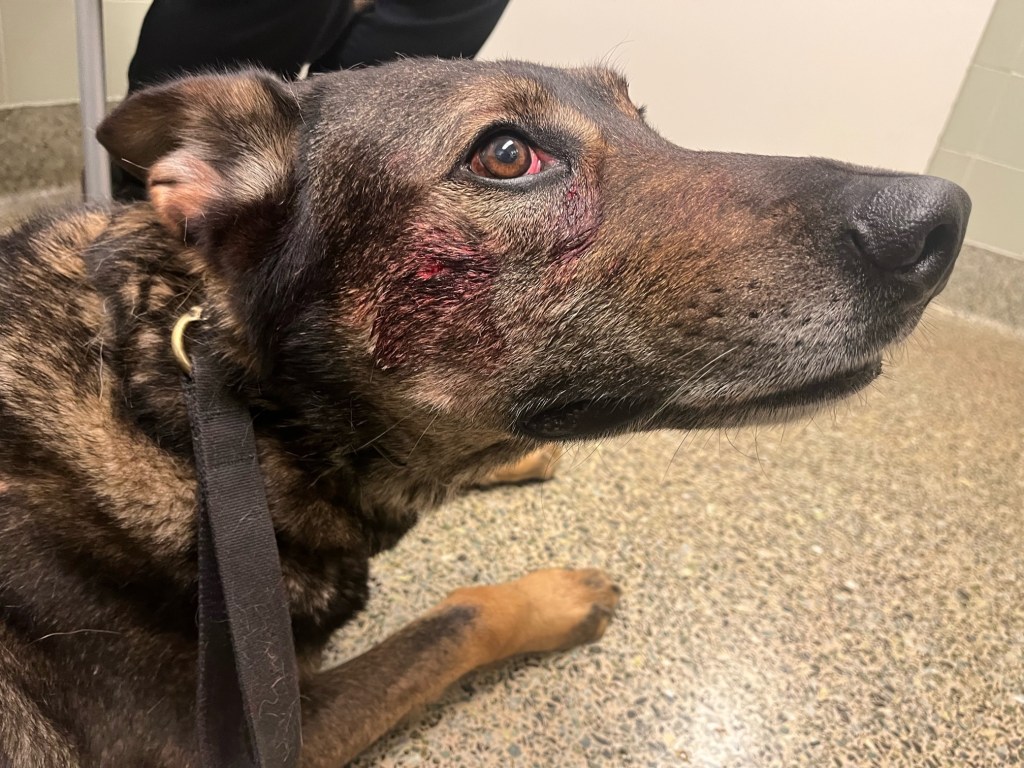 A Fairfield police K-9 was bitten and stabbed Wednesday by a man who broke into the home of an elderly victim, officials said.

The incident took place around 2 p.m., at a residence in the 1700 block of Elm Street.

Police said the suspect entered the house and the elderly occupant safely exited and then called police.

Meanwhile, an Amazon worker making a delivery in the neighborhood also called police, reporting that during an encounter the suspect threatened to kill him and take his delivery truck.

The suspect was not known to the victims.

Officers responded and saw a man running inside the victim’s home. They attempted to contact the suspect multiple times and get him to leave the accommodation, officials said, to no avail. After also deploying de-escalation techniques and tools, officers entered the residence.

K-9 Cort also walked in and made contact with the suspect, who allegedly bit the dog in the face and stabbed him in the left side.

The suspect, later identified as Kurt Dasilva, 44 (his city of residence was not specified), is believed to be under the influence of drugs.

Dasilva was arrested, treated at a local hospital, and jailed in Solano County Jail on suspicion of numerous felony charges.

Cort was treated at the University of California, Davis veterinary hospital and is recovering at home with his handler, Michael Peña.

This isn’t the first time Cort has been injured on duty.

In January 2019, he was stabbed multiple times while cornering a suspect in an arson/attempted murder case in Vacaville. In this case, Nathaniel Holland, who lived in the house with his girlfriend and six children, allegedly stabbed the woman and her 16-year-old daughter before setting the house on fire with the whole family still inside.

In February 2020, the pup located the suspect during a brutal attack in Cordelia and suffered a severe cut on his paw. Adam Perez, who allegedly severely beat a woman in a house the night before, was still there the next day when his family arrived to collect his belongings. After a standoff that lasted nearly six hours, Cort was deployed and found the suspect hiding in a commercial cooler in the garage.

Zoom out on the item.