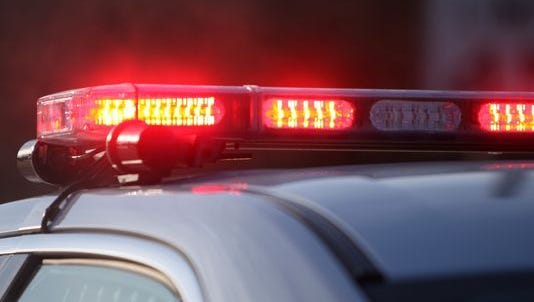 A dog was shot by a Cincinnati police officer who was trying to stop the dog from harming another pet, officials said Monday.

In a statement, the department said it understands the situation was emotional, but believes it prevented others from being harmed.

The second leashed dog was hit by a bullet after hitting the first dog, police said. This animal is recovering in a veterinary clinic. Officials said the dog is expected to survive.

“The city regrets the loss of the rampaging dog,” the statement said, “but believes the officer’s actions saved the other animal, its owner and the public from greater harm.”

Police said the situation arose around 11 a.m. near the corner of McMicken Avenue and Dunlap Street in Over-the-Rhine after an officer noticed the two dogs fighting.

“The owner of the leashed dog had difficulty separating the two dogs,” the statement said. “During the process, he was punched in the hand by the unrestrained dog.”

The department said the officer fired one shot, hitting the dog, but he continued to attack. The officer then fired a second shot.

The department said the incident was investigated: “The officer complied with department policy regarding the discharge of firearms.”

The Enquirer asked for reports and body camera footage regarding the incident.

The Cincinnati Police Department has tracked and released data on the number of incidents involving an officer firing a gun at an animal. These incidents may involve dangerous animals or animals, such as deer, being shot after being hit by a vehicle. The department averaged about 13 incidents each year of officers shooting animals between 2009 and 2018, the data shows.

Britt Born, a lawyer and longtime member of the dog rescue community, said she tried to break up the fight.

Born was participating in the race on Saturday when she spotted the dog running down the sidewalk.

She said the dog was running a little faster than her, but looking around she didn’t see anyone who appeared to be the owner of the dog.

She picked up her pace to try to catch the dog, but before she could do so, she saw the dog running towards the other animal with its owner, she said.

“From there it was on, it was a dogfight,” Born said.

She said she was trained not to put her hands in the middle of a dog and kick it apart, and that’s what she tried to do.

As she tried to separate the dogs, she said an officer approached with his gun drawn.

She said the owner of the leashed dog was still holding the leash and circling around, she was in the middle of it yelling at the officer not to shoot.

“We were all reacting in the moment and trying to separate the dog no matter what it was going to take,” she said.

Born said there have been a lot of “armchair quarterbacks” on social media since the incident, some criticizing officers, others criticizing the owner. She said a lot of people were too quick to judge.

She said it was a dangerous, “unintentional” and “really terrible” situation.

“Almost every dog ​​owner has encountered this situation where their dog has wandered away from them,” she said.

Since the shooting, Born has been trying to find the owner of the rampaging dog but is unsuccessful. She said she just wanted to tell them what happened and give them peace.

“I would hate for the owner of the rampaging dog to carry his guilt,” she said. “It was someone’s pet that just came out.”