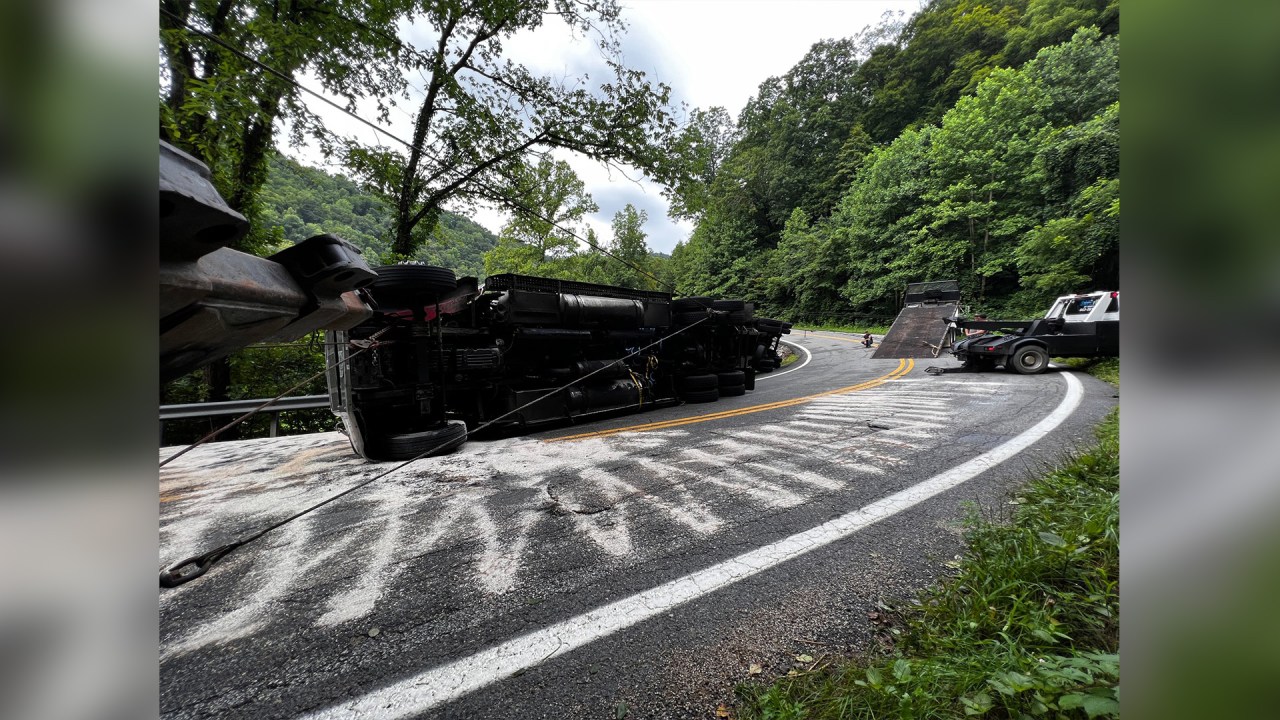 Emergency officials say Delbarton VFD arrived on the scene around 7:44 a.m. and notified Mingo County 911 that a tractor-trailer carrying plastic pipes had overturned, blocking a lane of traffic.

The truck driver was able to free himself and his furry travel companion, a small dog. The man was taken to hospital as a precaution, according to Delbarton VFD.

Emergency responders called for Fletcher’s towing service and told Mingo 911 that Buffalo Mountain would be closed until further notice while crews cleaned up.

The Chattaroy Volunteer Fire Department was asked to help close the causeway at the top of the mountain. Officials say officers from the West Virginia Department of Transportation also investigated the incident.

Crews reopened all lanes of Buffalo Mountain for travel, and all units cleared around 3:03 p.m., Delbarton VFD said.