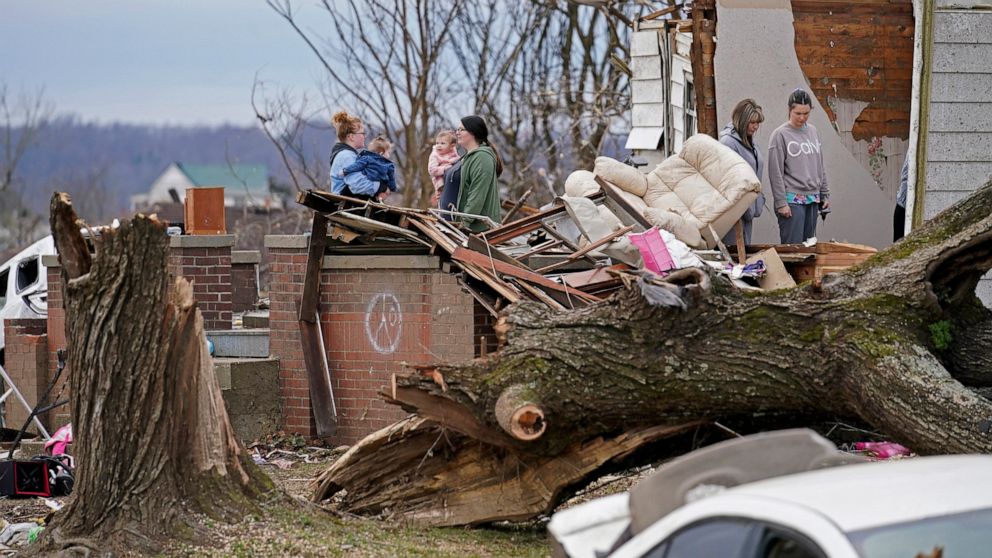 DAWSON SPRINGS, Ky. – A Kentucky animal shelter has done its part to help recover from last month’s tornadoes by reuniting animals lost in the storm with their owners.

The Hopkins County Animal Shelter has taken in about 90 dogs and about 120 cats from the hard-hit community of Dawson Springs since December 11, The Messenger reported. The shelter’s executive director, Dustin Potenzas, told the paper on Tuesday that there were around 36 dogs to be claimed and around 50 cats left.

All animals found in Dawson Springs will be kept for 35 days before being offered for adoption. If an owner cannot house their animal because their house has been damaged or lost, the shelter can sign a 15-day contract to house their animal there.

“As long as the owner stays in contact with us and renews this 15 day contract, we will keep these animals for as long as we need them,” said Potenza.

The shelter is still receiving animals from Dawson Springs more than two weeks after the tornadoes. Most of those entering are cats, and Potenza said it can be difficult to tell if they are stray cats or pets. Only two of the rescued animals had microchips, which allowed the shelter to immediately reunite them with their owners.

For other rescued pets, shelter volunteers show photos and talk to neighbors in areas where the animals have been found to try and locate their owners. To recover a pet, the owner must show proof of ownership through veterinary records or photos.

“At a time like this where some have lost everything, we still need to make sure we have that proof to make sure we return the animals to their rightful owners,” said Potenza. “This is the only fair way for us to do it. “