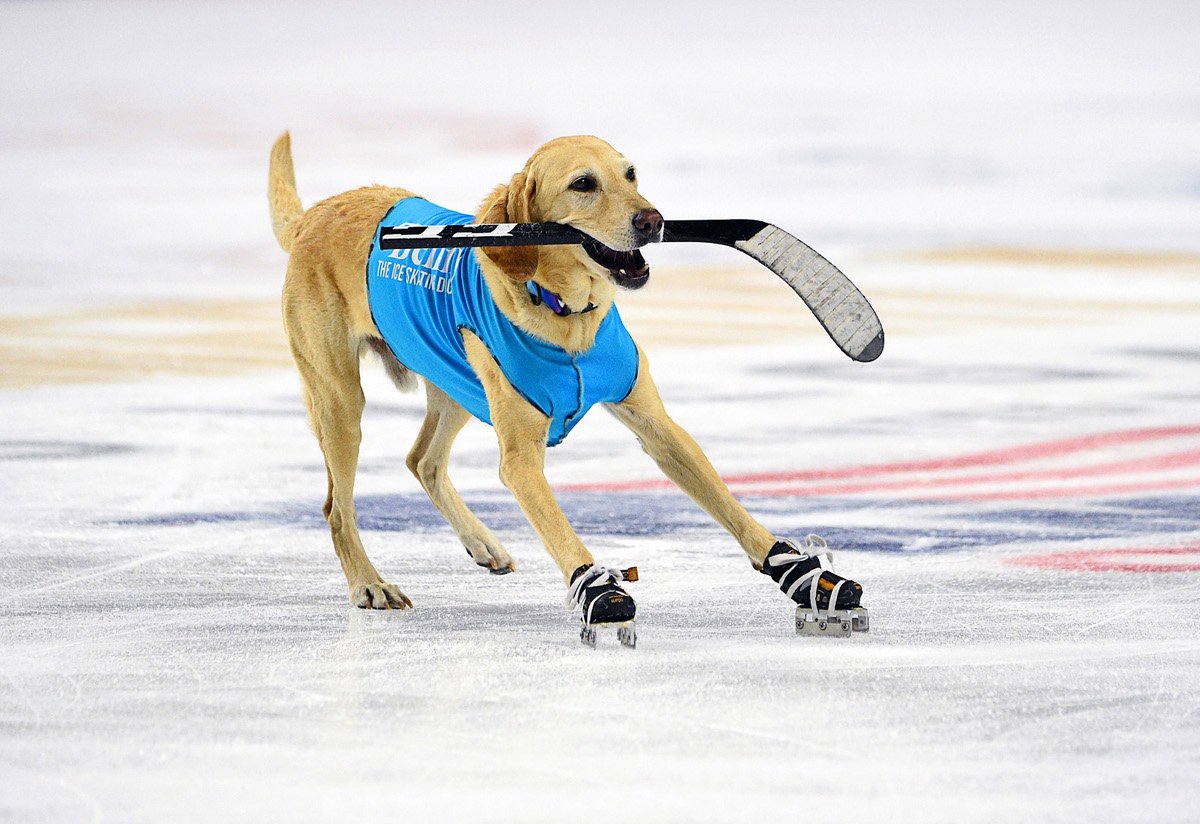 Benny, a yellow Labrador Retriever from Las Vegas, skates during a break at the ISU Grand Prix of Skate America Figure Skating at Orleans Arena on Saturday, October 19, 2019 in Las Vegas.

A skating dog familiar to Vegas Golden Knights fans is acclaimed by the American Kennel Club for its role as a pet to disabled children.

Benny won the â€œExemplary Companionâ€ award for his skating roles with children with autism and other developmental disabilities as part of the Spectrum On Ice program.

Benny also skateboards and shows off other tips during his visits to Opportunity Village, a Las Vegas nonprofit that provides vocational training, employment, and social recreation for people with intellectual disabilities and related.

Del Sangro is a retired professional figure skater. She adopted Benny from an animal shelter in Salt Lake City.

Therapy Dog went to a Bernese Mountain Dog named Teddy in Attleboro, Massachusetts and the Search and Rescue Award went to a Belgian Malinois named “Magnus Ares” in Miami.

SICSA and Kettering Health team up to care for pets