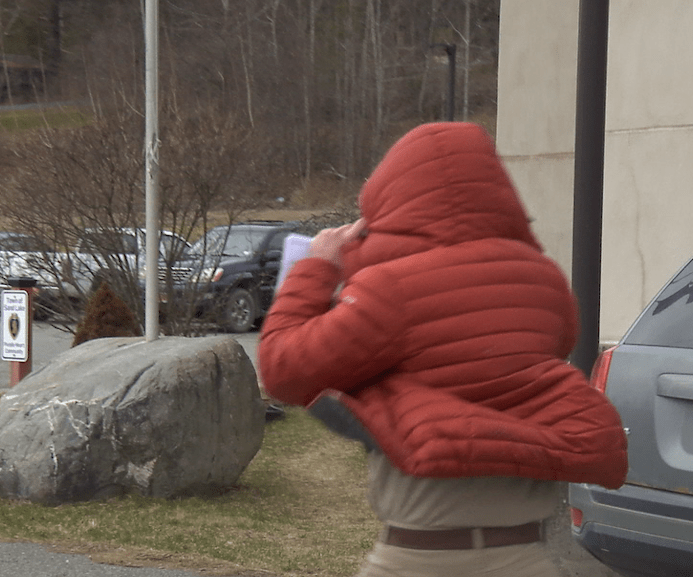 SAND LAKE, NY (NEWS10) – Christopher Spencer, 57, of Averill Park, is charged with killing a dog and leaving it along a stretch of road in Sand Lake. The dog, which New York State Police described as a former German Shorthaired Pointer, was found dead from a gunshot wound.

Prior to Spencer’s arrest, the New York State Humane Association in Hudson placed a $1,000 reward for information leading to an arrest. “If you needed to sedate the dog, you would take it to a vet and give it a humane death,” says Patricia Valusek of the New York State Humane Association, “don’t do it that way. [shooting the dog] I have no idea what drives people to do what they do, but I mean that’s why we offer rewards so these people can be brought to justice.

New York State Police also arrested 44-year-old Gretchen Eddy of Troy. Police said she owned the dog and was accused of failing to provide it with proper veterinary care. Eddy will appear in Brunswick Municipal Court on Wednesday, March 30.

State Sen. James Tedisco (R, Glenville), who has been an animal rights advocate for several years, says the case is another example of why New York State should have a child abuse registry. statewide animals. “So any pet store; any family that wants to donate a cat or allow a breeder to buy a dog, can go into a registry, look up that name, similar to what we have for a sexual abuse registry right now.

Currently, several counties like Albany and Greene have animal abuse registries. However, the senator says the lack of individualism in terms of records could allow an Albany County animal abuser to purchase a pet from Rensselaer.

The dead dog was found near power lines off Stewart Lane on March 4. Police said the dog died of a gunshot wound. On March 15, the New York State Humane Association offered a $1,000 reward for information leading to an arrest in the case.

Spencer was charged with Section 353a of the Farming and Markets Act, Aggravated Cruelty to Animals, which is a felony. He is accused of shooting and killing the dog.

Eddy was charged with Section 353 of the Agriculture and Markets Act, torturing or injuring animals/failure to provide subsistence, which is a misdemeanor. Police discovered she was the owner of the dog and are accused of failing to get the dog treated by a veterinarian before he was killed.