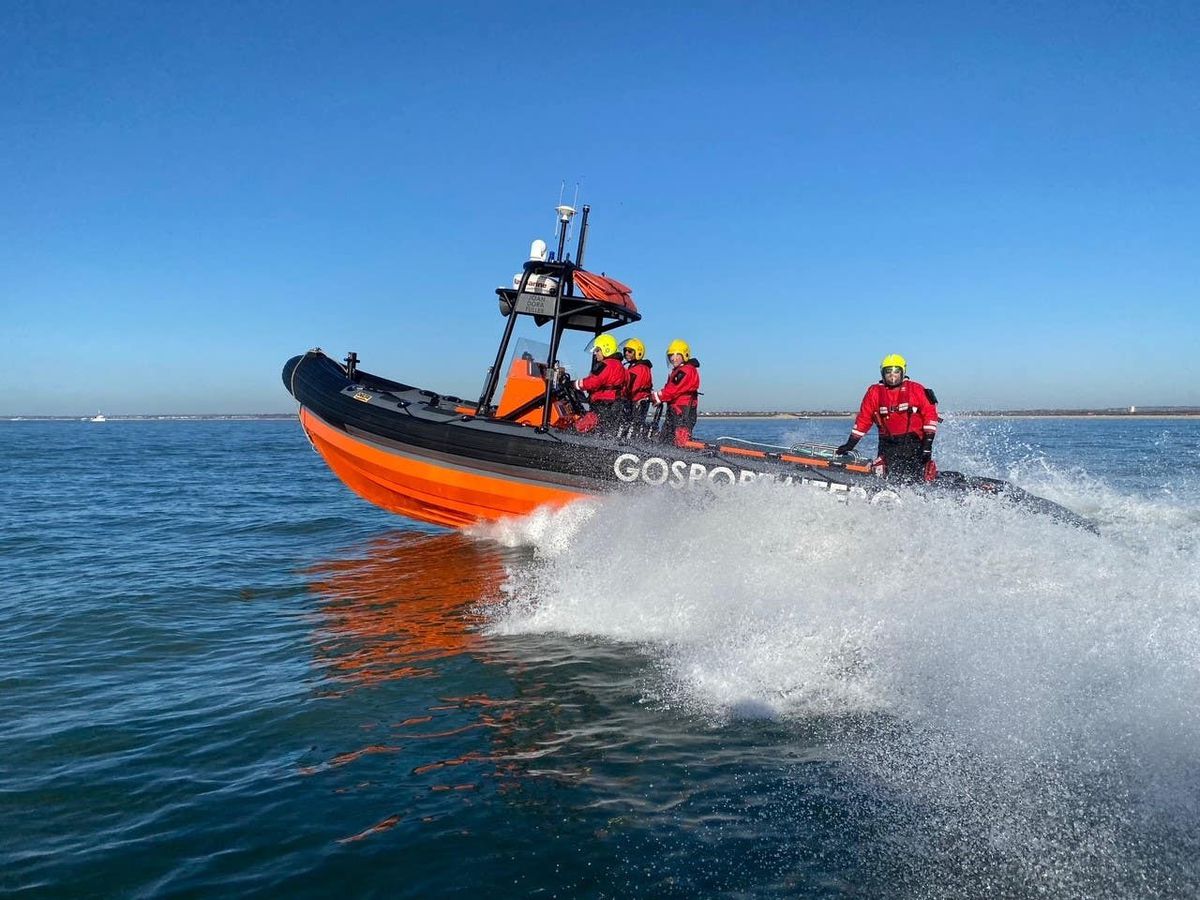 A man who struggled in the water is said to be ‘unbelievably lucky’ to be alive after a barking dog alerted its owner to danger on the south coast of England.

The man, in his 50s, fell from a tender at Royal Clarence Marina in Gosport around 8pm on Saturday.

He remained in the water for half an hour, having drifted about 300 meters towards Millennium Bridge due to the high tide.

According to James Baggott of Gosport and Fareham Inshore Lifeboat Service (GAFIRS).

He said the dog walker dialed 999 after being alerted to the situation when his dog was in distress and kept barking while crossing the bridge.

Speaking of the rescued man, Mr Baggott said: “He was unbelievably lucky. Being in the water for 30 minutes at this time of year, in a fierce gale with sea temperatures such she is, he was very lucky to survive.

‘He got carried away by the tender and hung on the heap and if the dog walker hadn’t raised the alarm the consequences could have been very different.’

The coastguard sent a marine police unit, a coastguard rescue team and GAFIRS to help and when the lifeboat arrived on the scene the police were pulling the man out of the water.

He was suffering from the effects of hypothermia, Mr Baggott said, and was released after being examined by paramedics in an ambulance.

The incident was the seventh of the year for GAFIRS, an independent rescue service, based in Stokes Bay in Gosport.

Dog News: Pooches may be BANNED from parks due to environmental damage from poop and urine | Science | News