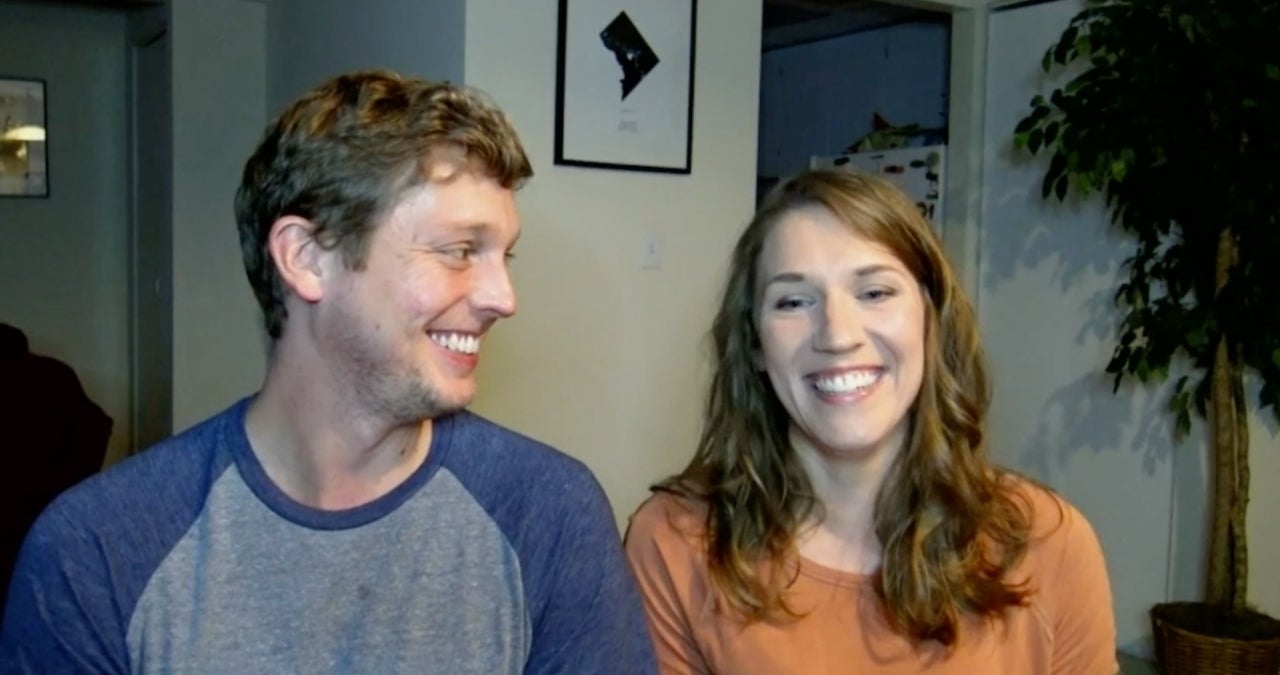 Jessica Studer has big news for her twin sister Jen – or at least she thinks she could. the Married at first sight star reveals in exclusive PopCulture preview of Couples Cam that she and her husband Austin Hurd may be further along with their family plans than they initially thought. While Austin is on a bachelor party weekend, Jess invites her sister for a girls’ night out, and that’s when she shares what could change their lives forever.

When Jen suggests opening wine, Jess pauses for a moment before revealing, “Uh, well, actually Austin and I decided we were going to start trying to start a family, and I got my period. late. So I don’t. know if I should drink. ” On camera, Jess explains that she would be “very excited” if she was pregnant but doesn’t want to come forward, as she and Austin have just started trying.

Just quitting birth control and dealing with stress at work, Jess tells her sister that her late cycle could be due to “a million reasons” other than her pregnancy. Jen asks if Jess feels like she could be pregnant some other way, but the Lifetime star says she feels “good” right now. “That’s why I try not to hope too much,” she tells her sister, “because I know other members of our family have had fertility issues.”

Jen explains that just because it “takes a long time” for her to get pregnant doesn’t mean her twin will have the same problems. “So how many days are you late?” she presses Jess, who replies, “I think four or five days late.” The preview for Wednesday’s episode ends with Jen making it clear, “I mean, it could be stress, or you could be pregnant,” she says.

Jess opened up about her plans to get pregnant overnight with MAFS co-star Elizabeth Bice in last week Couples Cam, even saying that she was worried about her ability to get pregnant. “Fertility issues have been running in my family, so that’s part of the reason I wanted to start trying to conceive as early as possible,” she said at the time. “So I’m afraid it could take a very long time, if that happens.” Don’t miss Jess’s journey on Married at First Sight: Couples Cam (produced by Kinetic Content), airs Wednesdays at 8 p.m. ET on Lifetime.

Achieve work-life balance as a cat parent with Pluto Square