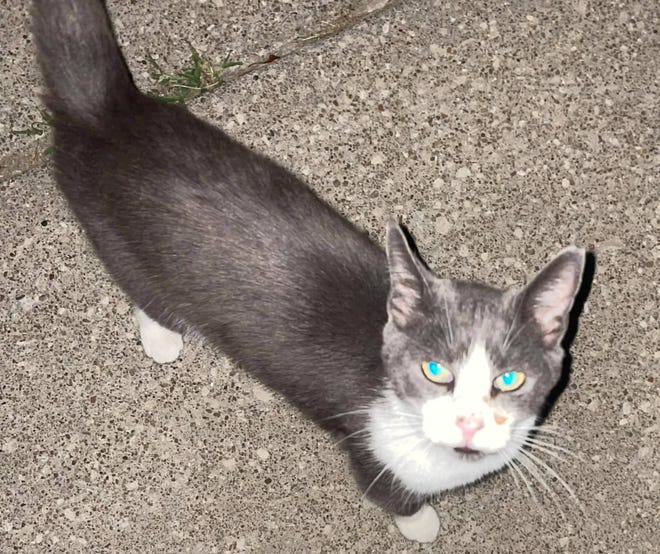 A Millcreek Township neighborhood is in mourning and disbelief after the township animal control officer euthanized what locals say was a healthy, good-natured cat.

The incident happened on the afternoon of July 29, when a woman in the 3200 block of Berkley Street contacted animal control about a stray male cat who had entered her home and refused to leave.

The woman, who asked not to be identified for privacy reasons, told the Erie Times-News the cat looked healthy and was friendly.

“The cat was super sweet,” she said. “He let me pet him and hold him all the time. I also tried to check for fleas or anything on him and didn’t notice anything.”

The woman said she messaged the Erie Animal Network Facebook group to post a photo of the cat to find the owner. When no one claimed the cat after a few hours, she contacted Millcreek Township Animal Control, hoping they would transport the cat to the Erie Humane Society.

“I had looked on the Humane Society’s Facebook page and seen that they were closed for cleaning, so I couldn’t take it myself,” she said. “I called (Animal Control) to make sure they could still take the cat there. The (policeman) said ‘yes’ and they had the keys to the building.”

In a news release Friday, the township said its animal control officer, Rich Lyall, responded to the home and immediately noticed the cat was a host to several parasites.

Lyall also did not observe any collars, ID chips or rabies vaccination tags, the statement said.

“Employing standard industry precautions that are specifically designed to mitigate the spread of animal-borne disease, the officer used a capture pole to remove the cat from the home,” the statement read. “The cat reacted aggressively and endangered the safety of all parties involved.”

The statement continued, “Out of an abundance of caution, the cat was euthanized in accordance with Pennsylvania’s Animal Destruction Methods Licensing Act, particularly out of an interest in public safety and due to the potential for community spread of the virus. rabies and other animal-borne diseases.

However, if the officer feels in danger or believes the animal could pose a danger to someone else, then “the officer will have to make the decision whether or not to euthanize the animal,” she said. told the Times-News.

“In this case, the officer felt that multiple parts could have been at risk due to the cat’s aggression and the possibility that it had an animal-borne illness or disease,” Clear said.

Neither Clear nor the Millcreek Police Department could confirm how the cat was euthanized.

Was there another option?

Nicole Leone, executive director of the Erie Humane Society, said animal control officers can always contact them if they are unsure how to handle an animal.

“We are here to be used as a resource and to provide support to help all pets. Although an officer may be a little less familiar with how to handle an animal, they can call us. They have our after hours number. They have access to the building after hours. We are here to support them.

Clear said the township is in the process of renewing a contract with the Erie Humane Society to ensure animal control takes stray animals there.

However, she added, if the animal poses a threat, “it’s (Lyall’s) job to protect people and he made the decision to protect others. It was not an easy decision. . He made the tough decision.”

The owner must file a complaint

Candy Weigel, who lives on the corner of Berkley and 34th Street, considered herself the owner of the cat, having found it in July.

Naming him “Eli,” Weigel said his cat was just under a year old and enjoyed walking around the neighborhood and visiting others.

“He was very nice, he would go to anyone,” she said. “He just wanted attention and he was sitting on your lap.”

Weigel said she was absent on the day of the euthanasia and had not seen the Facebook post on the Erie Animal Network.

When she couldn’t find her cat and realized he wasn’t at the Erie Humane Society, she contacted the township and later learned of Lyall’s emergency euthanasia and the Millcreek Police Department.

She now plans to file a formal complaint against the township, insisting animal control rushed to euthanize her cat instead of taking her to the Erie Humane Society.

“He was a perfectly clean cat,” she said. “We had all seen him the days before. Every photo and video we have of him, he looks great. Then all of a sudden the animal control officer says he wasn’t worth it. be saved because he looks so bad, and he makes that assessment in a minute.”

Lyall could not be reached for comment for this story.

Clear, who said she wants residents to continue to depend on animal control, stressed the importance of responsible pet ownership.

“I want to encourage people to be responsible pet owners and make sure your pets are tagged and have their shots and also follow Centers for Disease Control and Prevention guidelines,” a- she declared.

“As a pet owner myself, I’m so sorry for them. But we really need to practice responsible pet ownership.”