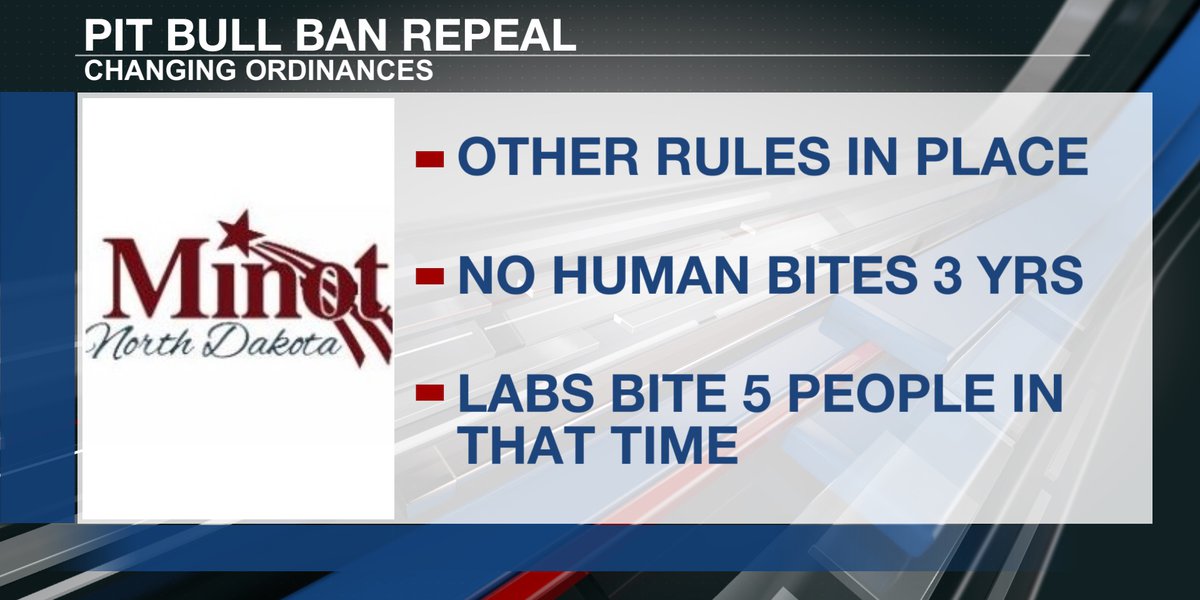 The Magic City has ordinances in place defining and protecting against dangerous dog behavior in addition to banning pit bulls. Alderman Carrie Evans cited statistics she found in Minot police reports over the past three years to argue that the other rules are enough.

She said there had been no pit bull bites on humans in Minot in the past three years, but mentioned that Labrador Retrievers had bitten people five times during that time.

“Attached to [Monday night’s] the agenda is a 27-page memo that I have prepared and I urge people to take a look. In summary, the dog breed in the 2019-2021 citations is varied,” Evans said.

Evans added that Fargo, Bismarck, and Grand Forks have all removed their own race-specific rules to rely on more general rules. Opponents of the change thought it added additional protection to the citizens of Minot.

“Personally, I have some reluctance to repeal, but I’m not going to fight to the end. I think there should be some kind of regulation on these animals just to make sure they are regulated in some way,” Chief John Klug said.

Klug said it is revising some of its registration and licensing requirements soon. They were considering new microchip policies.

The order will go up for second reading later this month.