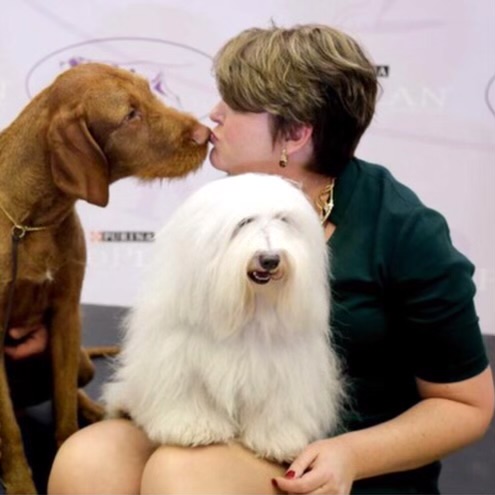 Dering, among other exhibitors, will be allowed to show off the new American Kennel Club sanctioned breed on NBC TV’s Thanksgiving Day special. Dering has 15 years of experience in breeding and showing dogs. She will be competing with two sisters: Hopecrest’s Courtly Check, or “CC” and Hopecrest’s Singing in the Rain, or “Rain”.

“CC has three points up for his AKC championship,” said Dering. “And she was shown in a special class called ‘Raised by the Exhibitor,’ which means the person handling her in the ring is, in fact, her breeder. We have three points left. We have four shows at the show. over the next week and hopefully those three points will be earned and we will come back to Morgantown with a new champion.

“She will be in the ring to train and experiment and to start learning the ropes so that she can also be a great show dog someday,” Dering said.

She described her dogs as “very happy” and “quite sturdy despite their size”. Dering added that they were doing well and being active at home with his other dogs who are three times their size.

“They have a nice disposition,” Derin said. “They’re not as hyper and barking as some of the other little toy dogs. Although they are small, they weigh between four and eight pounds. And mine are just happy, playful little parts of my pack at home. “

Dering said she was “excited” to represent the Mountain State and its breed club, the Biewer Terrier Club of America, and to be involved in the very first Biewer Terrier show at the National Dog Show.

“Because they start all over the place and their looks and their styles,” Dering said. “And over time, they become more typical of what you would expect. And participating in its development and thus bringing it to fruition is very, very rewarding. “

Partial lunar eclipse could be visible in West Virginia on Friday

Biewer Terriers aren’t the only dogs Dering will show off at this year’s competition. She said this will be the fourth generation of her animals to enter the Philadelphia National Show. In total, she will have four dogs. The other two are “Til There Was You” by Hope Crest, or “Tilly”, and Make It A Double, or “Buff” by Hopecrest. they are both young Coton de Tulear.

“These two little babies will be showcased as well as in ‘Raised by Exhibitors’ classes where we love to show off what we have in mind and upcoming in our breeding lines,” said Dering.

The Biewer Terrier will be among the breeds featured to a total audience of over 20 million on NBC’s two-hour national special after the Macy’s Thanksgiving Parade.

Warning to dog owners after mystery stickers appear outside homes

Community comes together to help dog with health problems