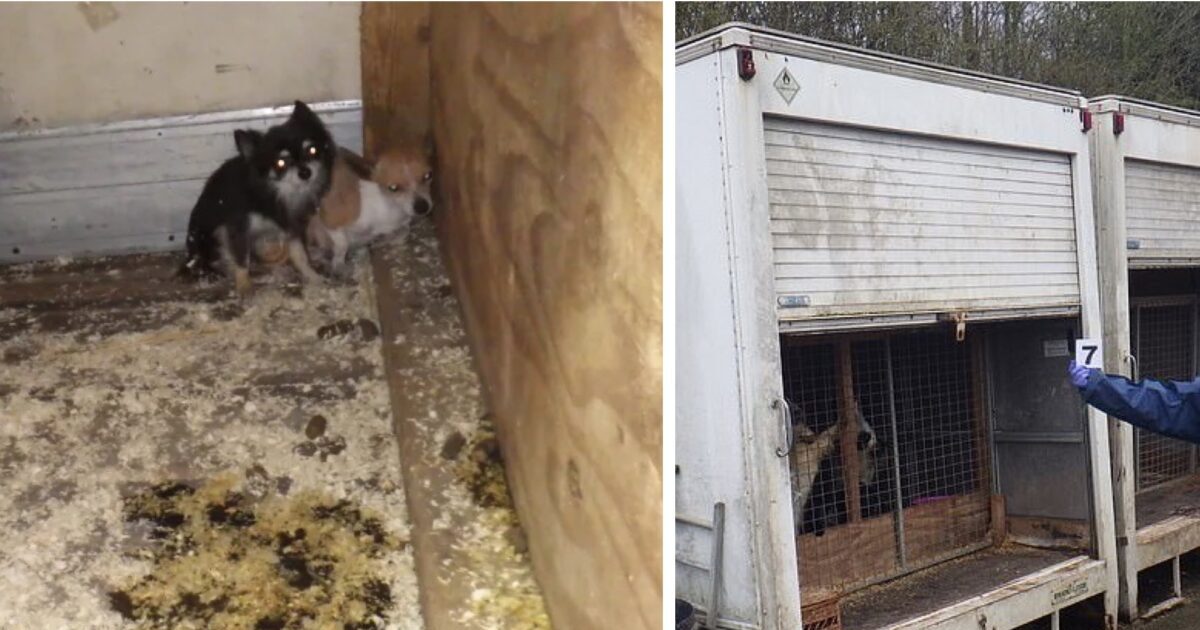 Between all the different animal research websites and social media platforms, there are a lot of puppy ads online. However, it has also become much easier for crooks and animal abusers to rip off potential adopters.

When people respond to certain ads for puppies, they may not realize who they are really buying the dog from. Many of these puppies being sold are kept in horrible, unsanitary conditions, which means a family’s new puppy can arrive with an illness or other undisclosed condition. It is also, of course, terrible for these dogs to be treated in this way just for the sellers to take advantage of.

One of these groups of crooks was recently brought to justice for its cruel and selfish actions. The international puppy ring has brought £ 300,000 (approximately $ 416,000 USD) while causing both dogs and humans misery. In August 2021, the ringleaders and associates were convicted of their crimes.

Between June and November 2019, the RSPCA and Trading Standards received several complaints about puppies being sold to various addresses in the Milton Keynes area. Police then raided a travelers site in Milton Keynes, where they seized 54 dogs and brought them to the RSPCA for treatment.

“The trailers had been divided into pens and all the dogs were kept in poor conditions. The kennels were dirty and smelled strongly of ammonia, while one of the pens was full of dangers, including protruding nails, sharp wire mesh, and hanging wires. There were holes in the walls and floor that looked like they had been caused by dogs trying to chew up the space.

Due to their mistreatment, many dogs had untreated health problems including fur loss, ear infections and dental disease. Horribly, some dogs have died before they even get to their new home.

In his court testimony, Hare sympathized with the contraband dogs and their hopeful swindled adopters:

“The dogs were kept in poor conditions in truck containers and in the backs of vans and were often riddled with health issues, but were sold to innocent families who hoped to add a dog to their homes but ended up instead. with mind-boggling vet bills, dogs with complicated needs and, for some, the grief of losing their puppy.

Apparently, the gang would smuggle several dogs from Ireland to the UK every day. Attorney Hazel Stevens explained the effects of this large-scale scam in court:

“Many people who buy a puppy have naturally become enthusiastic and have invested time and emotion as well as money in their puppy. They chose a name and planned for the arrival of their new family member and were devastated when the puppy was sick and in some cases died.

Ring victim Kimberley Duffy adopted a Shih Tzu puppy named Barnaby. She surprised her family with the puppy, she explained as she shared her story in court.

Suddenly, after arriving at his new home, Barnaby fell ill. Duffy and his partner took him to the vet and, after the visit, stayed up all night with him feeding him and giving him fluids and medication. Finally, after hours of this, they fell asleep on their own, until:

“At 7:15 am on Thursday October 24, 2019, we were awakened by the traumatic cries of our 11 year old son who entered our room and found that Barnaby was no longer breathing.

Shocked and panicked, they tried everything to wake the puppy. Nothing worked.

“My partner and I tried unsuccessfully to revive him when our children seemed traumatized and heartbroken. At 7:34 am we decided to stop trying. We both burst into tears, absolutely devastated that our furry little baby did not survive despite our desperate and tireless efforts to do all we could.

Between vet bills and Barnaby’s purchase fees, the family lost approximately £ 1,300. In addition, nRegardless of the outcome of the trial, Duffy told the court that the family would not fully recover from the horror they experienced.

“We feel total anger and frustration and are furious at the lies the salesman has told us, the neglect and trauma Barnaby suffered at the hands of these vile people. The events that took place that morning, the cries and devastation of our children, loss and grief will haunt us forever and are irreparable.

For starters, Judge Sheridan banned each of the 13 accused from owning or controlling animals for the next 10 years. After a two-day sentencing hearing at Aylesbury Crown Court, the judge concluded:

“None of the defendants in this case should ever be licensed to breed animals.”

The sentences of the defendants varied depending on the seriousness of their crimes and the extent of their involvement in the scam. Ten of the defendants pleaded guilty to fraud and nine of them also admitted animal welfare offenses. Seven of them were given immediate prison terms totaling over 18 years, making it the longest combined prison terms an RSPCA investigation has ever seen.

“Using these animals as a commodity regardless of their welfare and the effect on buyers and the children in their families is something that the RSPCA, other animal welfare charities and the government worked very hard to stop it. “

After the trial and the conviction, the RSPCA received £ 100,357.63 to take care of and rehouse these poor dogs. Judge Sheridan also wants the victims in the ring to be reimbursed.

“I’ll try to reimburse them so they can buy a puppy from a legitimate breeder if that’s what they want to do. I suspect that some of them will never want an animal again because of the misery they have been through.

Since many of these puppies were purchased from the Pets4Homes site, the judge also cautioned against the site. Pets4Homes later responded that they had stepped up their security measures to prevent crimes like these:

“The events of this case happened before Pets4Homes came under new management, as well as the introduction of security checks, including improved identity verification, a dedicated 24-hour trust and security team that reviews listings and a deposit system that only transfers payment once a pet buyer is satisfied. “

Avoid falling prey to horrible puppy scams with these tips. To verify AKC guide as well as!