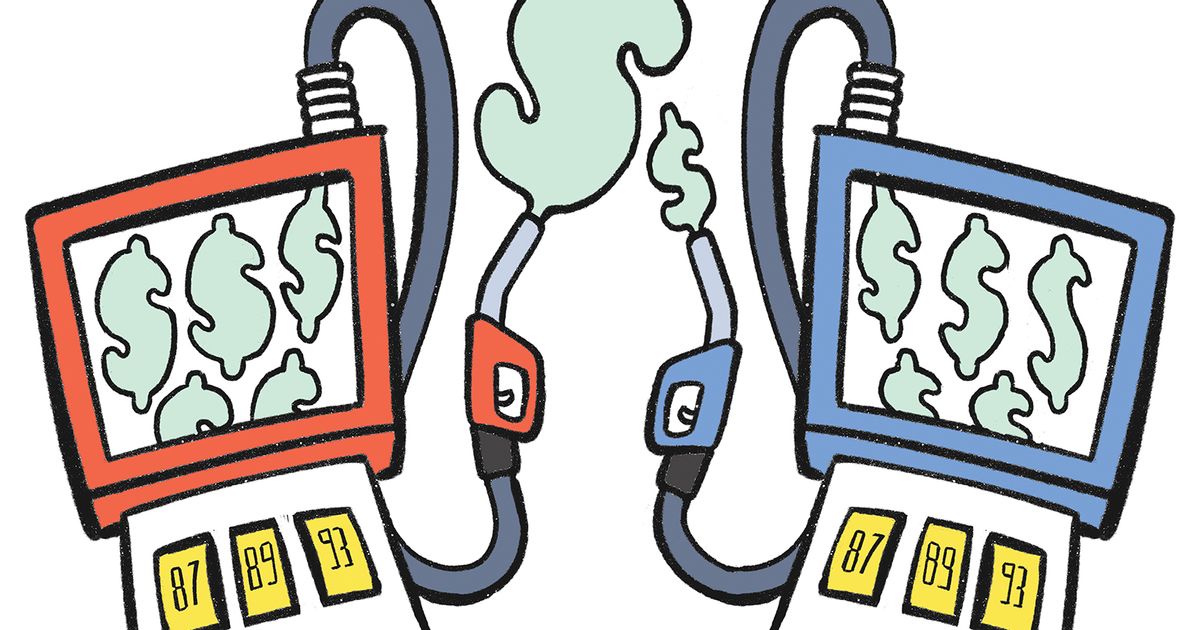 RAVE to gas stations which, in these terrible times, are prepared to charge much less for gasoline. There is at least a dollar difference between the nice resorts and the selfish ones. Thank you, thank you, thank you and may you prosper in the long run. You’ll still have my things, even if I have to drive a little further to reach you.

RANT to the Bellevue woman who dashed between the crowded shelves of the women’s clothing department with her miniature dog on a leash. The saleswoman helping me turned around and tripped over the dog’s leash. She flew horizontally and bounced twice hitting her knees and body on the ground. The department store should be proud of its employee who immediately tried to console the dog’s owner and apologize for tripping over a dog that had no business being there. The dog’s owner just stood there and said, “It’s okay, the dog is used to getting tripped over.” I’m sure the saleswoman was in terrible pain if not worse the next day. I’m also a pet owner, but really folks, your dog doesn’t need to go everywhere with you.

RAVE to all the good humor from our walking companions on the Chief Sealth Trail. Their smiles and waves are an amazing bonus for every walk we take. It makes us happy about the city we live in.

RANT to the Mariners for charging so much for October Rise t-shirts. Fans have stood by them during this historic playoff drought and you’d think they’d show a small token of their appreciation to this most loyal fan base for making the shirts affordable for all fans. You’d think they’d want all fans in Seattle and beyond to show their M pride by wearing these shirts.

RAVE to my 94-year-old mother who, after learning that I had had a tough day following my COVID-19 booster shot, called me and said, “Let me know if there is anything I can do to you. »

RANT endless political announcements. Think of all the good that could have been done with all the millions of dollars spent on political ads by just a few candidates! It’s too much in many ways!

RAVE to Seattle Fire Station 17 for their efficient and kind assistance in getting my husband, I and our “little dog” out of a stuck elevator tonight. We could hear their conversation when they arrived, carefully and slowly moving the elevator to a floor door as we were between floors, they told us. Their calm communication and assertiveness were very helpful. At first Tay, the building caretaker, was on call and extremely helpful talking to us over the intercom during the roughly 40 minute ordeal. This had never happened before… I won’t be taking the elevator for a while now.

RANT to whoever chooses the music that plays while you’re on hold. They should be forced to listen to it for the average wait time. It’s bad enough to be put on hold, but having to listen to creaky, synthesized, looping music adds insult to injury.

The Seattle Times publishes rants and readers’ praise as space permits. We reserve the right to modify the length or content. Send yours to [email protected]

Best start in 59 years and a ‘different animal’ – are the suitors for Antonio Conte’s Tottenham side?