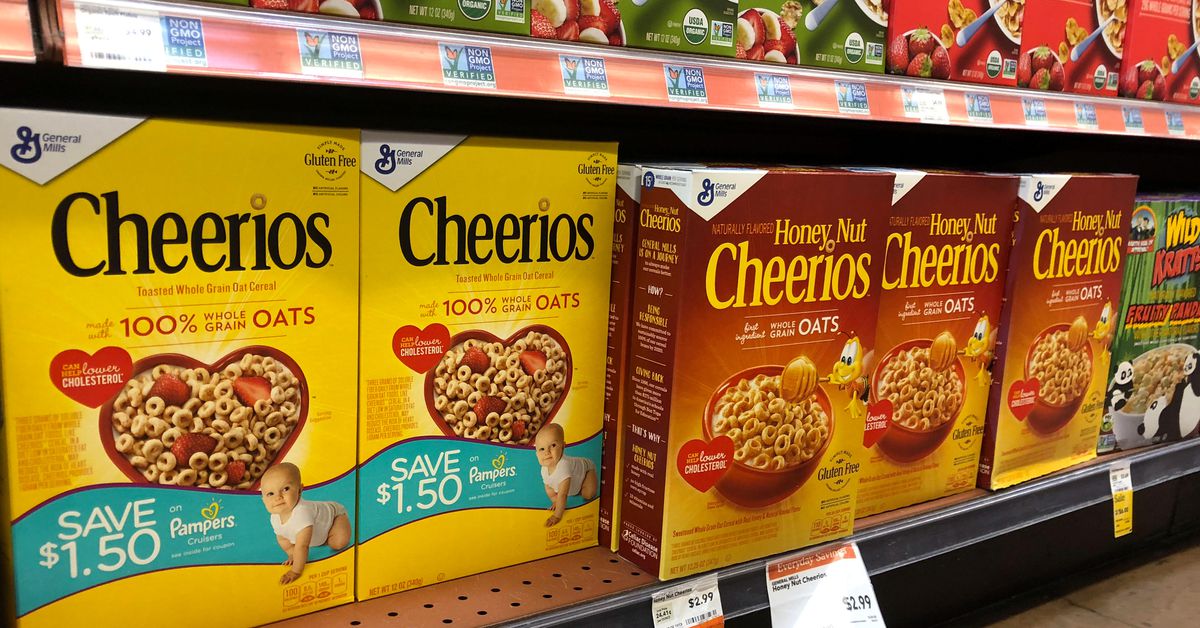 Sept. 22 (Reuters) – The maker of Cheerios General Mills Inc (GIS.N) reported better-than-expected quarterly sales on Wednesday as strong growth in its pet food business cushioned a slowdown in demand for its cooking sauces and bakery products.

Net sales of its pet food business jumped 25% in the first quarter, benefiting from increased adoption of cats and dogs by people seeking to alleviate stress from the pandemic over a year.

General Mills also launched new items such as Tastefuls cat food and bought the pet treat business of Tyson Foods to take advantage of the surge in demand.

That helped increase total net sales by 4.1% to $ 4.54 billion, beating the average analyst estimate of $ 4.29 billion, according to data from Refinitiv.

General Mills shares rose 2% as it kept its forecast for annual organic net sales towards the upper end of a 1% to 3% decline range.

The reported quarter showed that demand for grains, snacks and baked goods continued to decline from last year’s pandemic peak, with the core retail business in North America dropping 3 %.

â€œThe current operating environment is as dynamic as we have experienced for at least the past decade,â€ CEO Jeff Harmening said in his pre-recorded remarks.

He added that the company expected total input cost inflation for the year to be around 7-8%, down from a previous estimate of 7%.

Reporting by Deborah Sophia and Praveen Paramasivam in Bengaluru; Editing by Aditya Soni