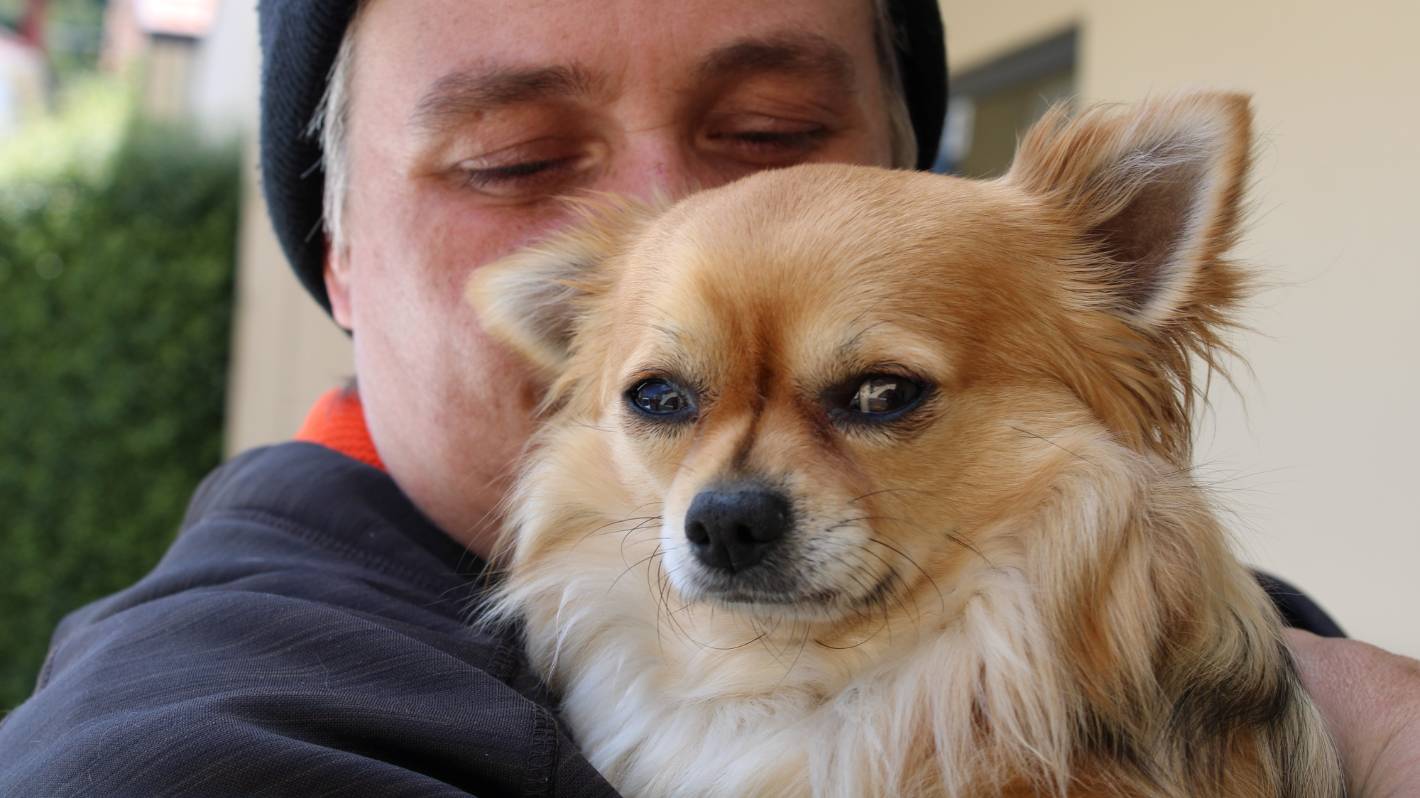 “This is our dog”: the strange story of Louis the stolen chihuahua

A dispute over the owner of a pint-sized dog led to a cheeky daylight nap, a police investigation and an emotional farewell for one of his ‘distraught’ caregivers.

Louis the 4-year-old chihuahua was put in the spotlight after an unknown woman wearing sunglasses and a hoodie on her head suddenly entered his Dunedin home and kidnapped him on Monday afternoon.

Carma Cleaver was in a bedroom when she heard her scared aunt, who was watching television in her living room, scream, “She has Louis.

The mysterious woman left with the dog in a red hatchback, Cleaver unable to prevent her from escaping.

READ MORE:
* The case of the stolen doors far from being opened and closed
* Police attacked in two incidents in Dunedin over Labor Weekend
* Punching in a road rage incident between a bus driver and a man

She tried to find the vehicle, but could not, and returned home to find the police there and her aunt “collapsed in amazement”.

Cleaver’s friend, Demelza Fraser-O’Donnell, also tried to help find Louis. She first met the shy dog ​​in March, when a friend brought her to her house.

“I could tell how scared he was,” Fraser-O’Donnell said.

The animal lover said she was worried about Louis and offered to host him while she tried to find her real owner.

She visited Dunedin City Council, but Louis was not microchipped.

Fraser-O’Donnell ended up caring for the dog for three months before giving it to Cleaver’s aunt in May. Cleaver’s aunt had since registered Louis, microchipped and sterilized.

“She fell in love with him, and he’s been there ever since,” Cleaver said.

The couple suspected Louis’ mysterious former owner had something to do with the nap, and this was confirmed on Tuesday morning.

They discovered that the owner had entrusted Louis to a mutual friend to take care of him while he was finishing a brief stint in prison.

The man, who declined to be named, did not know where Louis ended up during his incarceration and offered a reward for his return. One person had collected the $ 500, he said.

He texted Cleaver’s aunt after the nap to let her know that Louis was with him and that he was being taken care of.

Both parties went to Dunedin Police Station to try to resolve the deadlock over Louis’ landlord.

Louis’ original owner was adamant. The police had given him full custody, but he agreed to let Cleaver’s aunt look after the dog overnight, so she could say goodbye to him.

“There is an issue regarding dog ownership, which we are discussing with both parties to try to resolve.”

Meanwhile, Cleaver’s aunt, who was emotionally attached to Louis, was “distraught,” Cleaver said.

“I don’t want to deliver him … that’s a very sensitive issue. But basically we tried to find the owner, we couldn’t … and the dog was relocated.