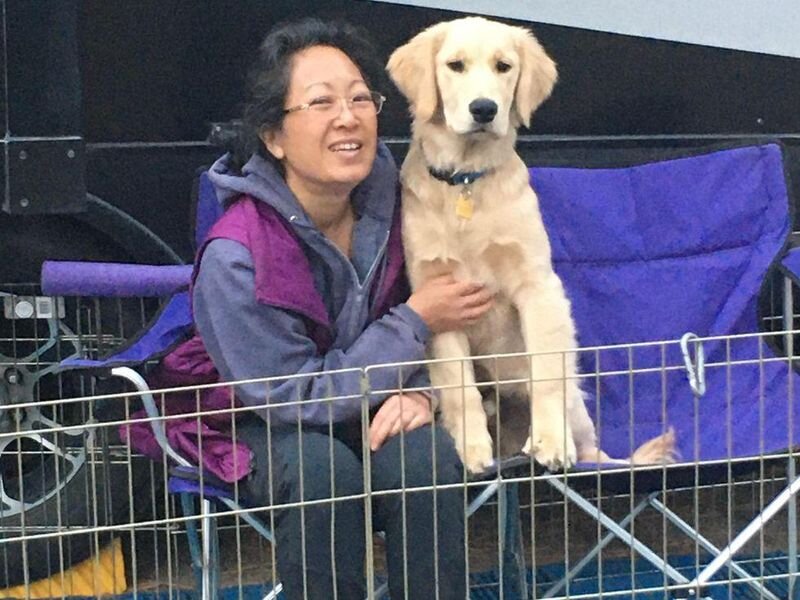 It’s Leung’s job to help sort out this issue so his client can win obedience contests, but the situation poses a real chicken or egg dilemma.

“Does the dog jump because my student jumps, because everyone jumps when she jumps, because we are all like:”What was? Oh, it was just a leaf falling from a tree. OK, ”Leung said. “Is the dog anxious because she is anxious?” Or does she jump because in the past her dogs jumped up and tried to run away? I can’t really tell you, and neither can she, because I asked her to. “

Animal researchers believe they now have the answer to this question.

A new study, published recently in the Journal of Veterinary Behavior, found that dogs pick up and absorb irritability from their owners, and this is what fuels anxiety-related behavior problems in dogs.

Co-researcher James Serpell is director of the Center for the Interaction of Animals and Society at the University of Pennsylvania School of Veterinary Medicine, in Philadelphia. He said, “The way dog ​​trainers say it, you can convey fear on a leash, so to speak. If you are a dog owner, you can send this anxiety message almost on a leash to the dog and the dog. dog can pick up on it. “

Leung’s student doesn’t make her Shelties nervous by being overprotective and responding quickly to any perceived threats, the researchers said. No evidence has been found that such “helicopter” dog parenting caused dogs to become reactive and neurotic.

The researchers also found no evidence that the dogs became anxious because their owners used overly coercive training methods, sending their dogs into a nervous fear.

“They’ve eliminated both the training route and the parenting helicopter route,” Serpell said. “Their results indicate a direct effect of the owner’s personality on the dog’s behavior.”
For this study, the research team analyzed data from over 1,100 dog owners who participated in an online survey.

The questionnaire collected information on humans’ anxiety, training methods and protective behavior towards their dogs. Dogs’ fear and anxiety levels, as well as their emotional responsiveness to their humans, were also assessed through questions asked of owners.

Fear and anxiety in dogs did not differ much due to the training methods their humans used or the level of their protective instincts.

“Dogs have co-evolved with humans and are extremely sensitive to the way their humans behave. Dogs constantly monitor their owners and kind of try to guess their behavior. Sometimes to the dog owner it seems odd. how well the dog seems to anticipate, how they’re feeling and what they’re going to do, “said Serpell.

“In some cases that’s great. You can think of many contexts in which having an animal that can anticipate your thoughts is wonderful, in terms of training or performing tasks for people,” he said. for follow-up. “But in the context of an owner who is experiencing a lot of anxiety, you can see the downside. The dog feels that anxiety and it makes the dog more anxious as a result. The dog thinks, oh my God, what kind of threat is nearby that my landlord responds to? “

This makes sense to Leung, given that different races deal with stress in very different ways.

“Some breeds are more susceptible to it than others,” said Leung, co-owner of Trainers to the Rescue in Cornelius, Ore.. “Labradors are notoriously oblivious. . “

After reading the study, Leung said she can accept the idea that people with anxiety can create anxious dogs.

“I have neurotic students who create neurotic dogs,” Leung said.

However, the picture is probably more nuanced than this study suggests, Leung added.

For example, dogs adopted from shelters or raised in puppy mills will most likely have a different, potentially more fragile, emotional makeup than other dogs, Leung said.

Mary Burch, animal behaviorist and director of the American Kennel Club Family Dog, added that the co-addiction problem can go beyond mere feelings. An owner’s emotional state can have a tangible impact on their dog, undermining the dog’s sense of security.

“Worrying and thinking about something is unlikely to have an effect on a dog,” Burch said. “When that worry translates into such worry that the person does not go out, it affects the dog. There may be no fun outdoor play sessions and no exercise, which is essential for the mental health of the dog. a dog.”

So the ups and downs of a dog owner with mood disorders could seriously disrupt a pet’s daily routine and foster anxiety, Burch said.

“It could mean that a dog isn’t even being fed properly on time, or the person isn’t going into the community because they’re so anxious,” Burch said. “It could mean no shopping and therefore no dog food. I have worked with a woman who was in this exact situation before, and she had resorted to dog breakfast cereal.”

Serpell sees a potentially useful notion in this connection between humans and dogs.

Particularly empathetic dogs who serve as barometers for their humans’ moods might be able to help struggling people identify and manage when they are suffering from anxiety, Serpell said. Armed with the right coping tools, a person could use their dog’s cues to better manage their own mood and thus improve their dog’s life.

“It’s almost like some sort of biofeedback mechanism,” Serpell explained. “Maybe it could help the owner recognize himself when he’s feeling anxious and wonder why he is feeling anxious, and maybe help him calm down and feel less anxious. I can see that it is precious. ”

Long-term stress in dogs linked to the owner-dog relationship

More information:
The United States Centers for Disease Control and Prevention has more on the health benefits of owning a pet.

This document is subject to copyright. Other than fair use for private study or research purposes, no part may be reproduced without written permission. The content is provided for information only.