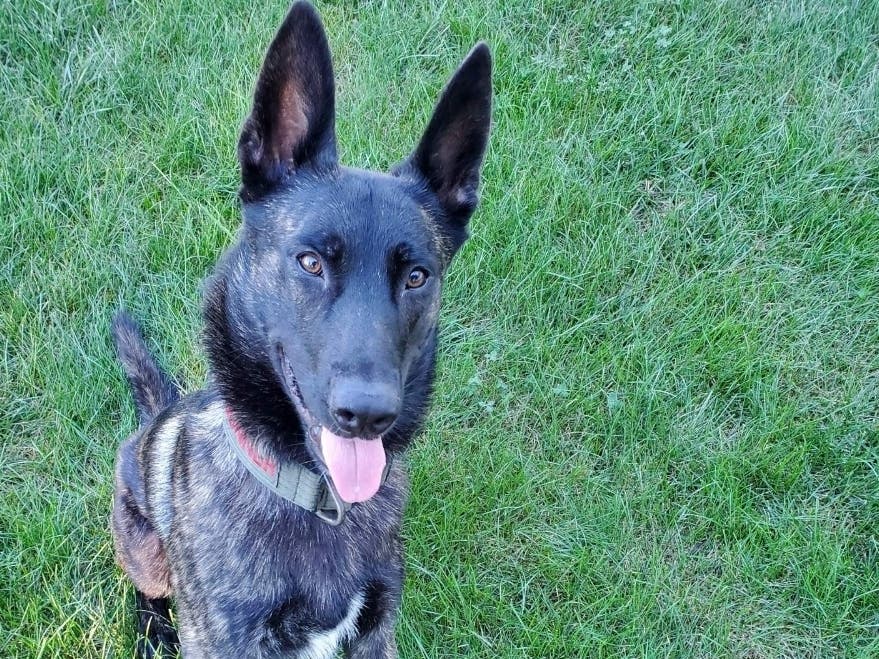 UPPER GWYNEDD, PA – It was last fall that Matt Toro learned that his employer, the Upper Gwynedd Police Department, was going to start a K9 unit.

Toro, a township police officer for nine years, jumped at the chance to get involved since he has always considered himself a dog lover.

Toro and Ed Tartar were ultimately named the two human officers who would make up the K9 unit alongside Gunner, a Dutch Shepard, and Fury, a Belgian Malinois.

In August, Toro began training dogs at the Penn Vet Working Dog Center in Philadelphia. He recently took a few moments to update Patch on how things are going.

â€œThey’re really remarkable,â€ Toro said of the center, which is affiliated with the Penn Veterinary Hospital at the University of Pennsylvania. “It’s a really well-oiled machine to watch it work.”

The Penn Vet Working Dog Center was inspired by the search and rescue dogs that sifted through the rubble during the 9/11 terrorist attacks, according to information found on its website.

Today, the center serves as the national research and development center for detector dogs.

There are vets on staff at the center, but Toro mostly comes into contact with the trainers who work with the budding police dogs. He will be training with his dog until November, after which time the four-legged officers will be ready to begin their work at the Upper Gwynedd Police Department.

â€œPenn Vet trains these dogs wonderfully before you even get there,â€ Toro said.

Toro said dogs are taught to search for items, essentially sniffing any clothing or objects with a human scent; they learn the work of tracking and apprehension; and they are taught to bite and hold a suspect, but also to let go on command.

Toro said a lot of the training is actually for the human agent by the time he enters the program, as dogs start long before that.

Toro said the dogs often live with foster families before they are turned over to law enforcement. Once they start working, they usually stay with their masters. At this point, Gunner is living at home with Toro, while Fury is with his fellow Officer Tartar.

Toro said the K9 unit was something Upper Gwynedd Police Chief David Duffy had wanted to launch for some time, notifying officers in the department of his wish at a general meeting some time ago. time.

Local commissioners and the township director also supported the idea, Toro said, and the K9 unit was subsequently formed, although the unit will not actually patrol until the dogs have completed their 12-hour training. weeks in November.

So far, various fundraisers and events have been held to help fund the unit, as K9 police units are often self-funded, which is why police departments in the area often share dogs with each other when ‘they are necessary.