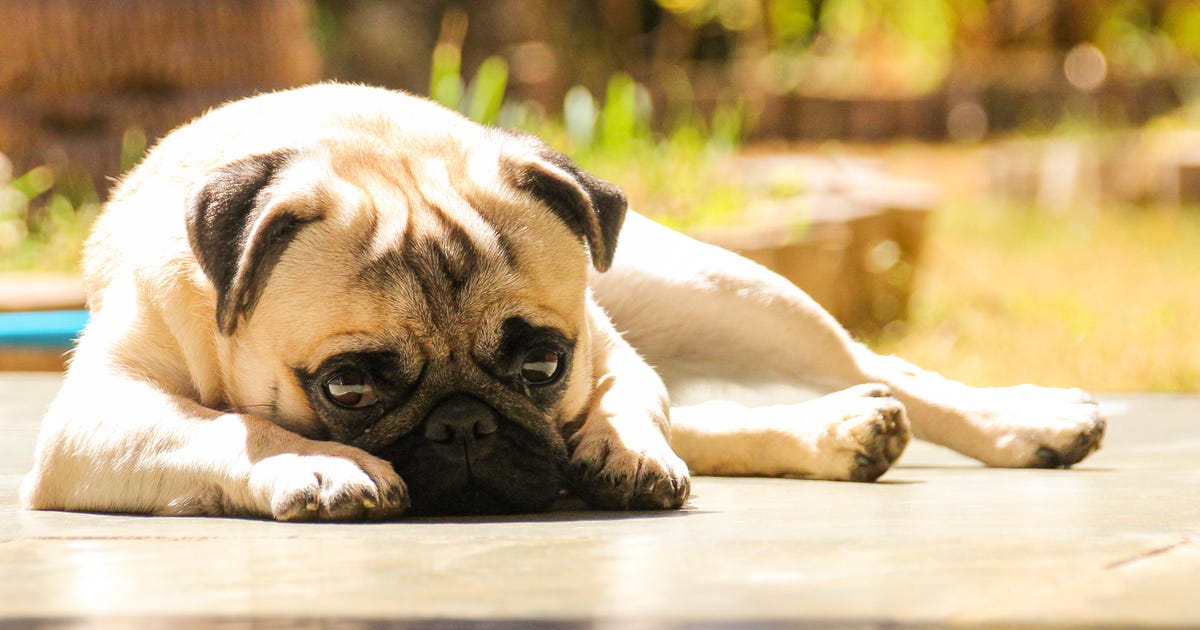 Adorable dachshunds. Funny face pugs. Sweet Cavalier King Charles Spaniels. They may be loved by their human families, but all have made a list of the top five dog breeds that a British vet says he would never have owned.

Ben Simpson-Vernon, a small animal vet in Chigwell, England, runs the Ben the Vet TikTok account. Her September 22 post has been viewed more than 6 million times in just four days, and it’s no surprise. This gets into a controversial topic involving dog breeds that many people own and love. Simpson-Vernon discusses the five dog breeds he would never choose, as a veterinarian, and some very popular breeds made his list.

“Remember, this is ultimately my opinion,” he warns before starting. “You may disagree.”

@ben.the.vet 5 Dog Breeds I Could Never Own As A Vet #dogsoftiktok#learnontiktok#veterinary#benthevet♬ Waiting For Heartache – BLVKSHP

The fluffy, sturdy chow-chow, long a favorite of Martha Stewart, makes the list. Simpson-Vernon says he’s sure there are good examples of the breed, but he often finds they “don’t have a very good temperament, they can be really aloof and they’re often very aggressive in the breed.” veterinary”. Eye problems are often a problem with this dog, he says.

Don’t tell the new King of England, but the Cavalier King Charles Spaniel made the list. Simpson-Vernon admits that “they are the most beautiful dogs” and that he would probably have one of his own if it weren’t for all the health issues. A heart condition called mitral valve disease is common, making their last days difficult as they struggle to breathe.

Dachshunds are “really adorable dogs,” Simpson-Vernon says, but “one in four develop back problems in their lifetime.” These range from pain to paralysis, often requiring spine surgery.

The wrinkled Shar Pei breed even has a disease named after it – Shar Pei fever. And their signature wrinkles also cause health issues, as Simpson-Vernon notes some of them have to have their eyelids “stuck in place” so the hair doesn’t rub on their eyes. They also frequently have skin issues, and Simpson-Vernon says they “often try to bite off the faces of all the (veterinary) staff.”

The #1 dog on the list isn’t just a breed, but essentially “any flat-faced or brachycephalic breed of dog,” such as a French Bulldog, Bulldog, or Pug. (Singer Lady Gaga owns two French bulldogs, who were dognapped and returned unscathed in 2021.) “They’re so prone to so many problems,” he says, mentioning spinal problems, skin problems, and eye problems. More than half of these dogs need a C-section to give birth because the pup’s head and shoulders are too big for the mother to give birth any other way. Simpson-Vernon also wrote about the woes of brachycephalic dogs on her site, Vet Reality Check.

I reached out to Simpson-Vernon to ask what type of dog breeds he recommends. Although I haven’t heard back yet, a post on his blog gives some insight. He writes that his own parents asked him to recommend a breed of dog and ended up having a mixed-breed or pooch puppy.

“(The longer) I have been a veterinarian, the more evident it has become that a purebred dog is, by default, generally less healthy,” he writes. “I am by no means saying that a dog of no fixed breed will ever get sick. Nor am I saying that every purebred dog will live an unhealthy life. But unfortunately many do. I know this because I deal with them every day.”