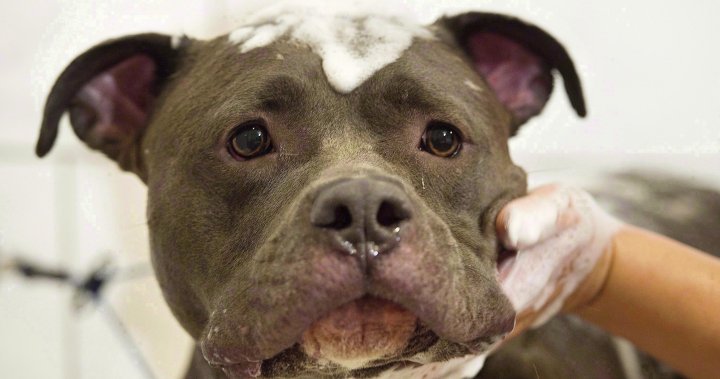 A pit bull ban will remain in Winnipeg.

In a close vote at city council Thursday night, councilors voted 9-7 against removing the ban on certain breeds of dogs from the responsible pet ownership bylaw.

These breeds have been illegal in Winnipeg since 1990 after a series of attacks involving the dogs.

Winnipeg Mayor Brian Bowman was one of nine to vote against lifting the ban.

“They are a dangerous breed. The ban was introduced for a reason and should not be changed,” Bowman said, after listing a number of attacks that have taken place locally and across Canada.

“I think some people could own pit bulls properly, but there are others who can’t, so I won’t support the reintroduction of pit bulls,” added North Kildonan councilor Jeff Browaty.

“The classification of the slang term ‘pitbull’ is really just the grouping of society into a wide variety of breeds that look alike and basically places the responsibility that these types of breeds that we’re going to call pitbulls are going to do those certain things and that’s just not true,” Miller said.

“It’s not supported by science. From the shelter’s perspective, we see all kinds of dogs from all different walks of life and they all vary in their behavior.

Parts of the Pet Ownership Regulations were passed, including the introduction of dangerous dog designations to be created for animals owned by irresponsible pet owners. This would allow an owner to keep a dog that has been involved in significant attacks, but with restrictions.

And a $232.30 breeding license fee for dogs and cats has been approved and will take effect July 1.

Meanwhile, council voted against introducing a pilot project that would allow urban chicken farming in Winnipeg.